In the recent times there is a lot of buzz happening around TNSTC – Salem’s 3.33 Electronics City Express ( a.k.a ECX ). We have be tracking them since the time of introduction and we believe that this service has become a big money pocket for the STU . Increasing the frequency from 2 to 12 in one direction tells the success story of these guys.

As of AUG-2014 there are 6 buses managing the show , 3 each from Salem and Dharampuri region respectively . The fleet consists of 5 brand new buses and 1 relatively new bus and each bus does 2 complete round trips covering approx 860 Kms in a span of 24hrs

Lets take a look of these warriors 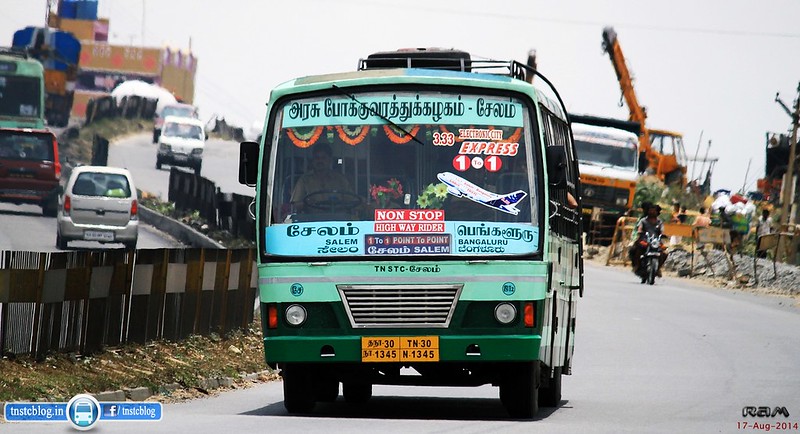 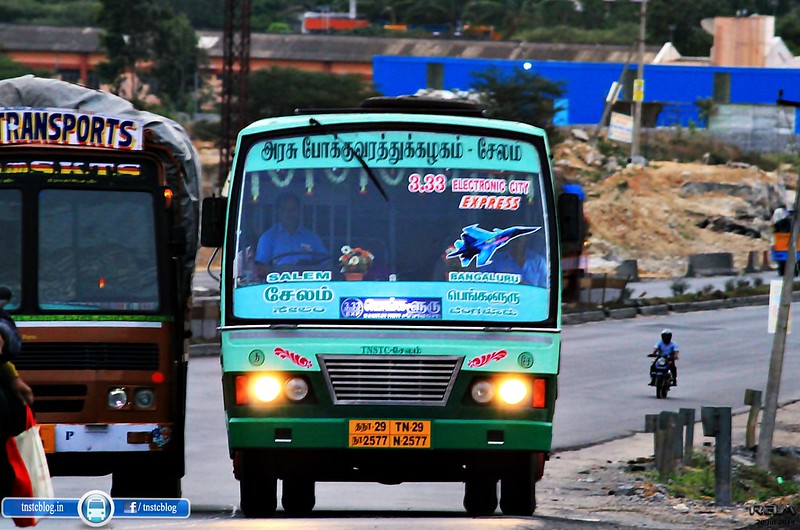 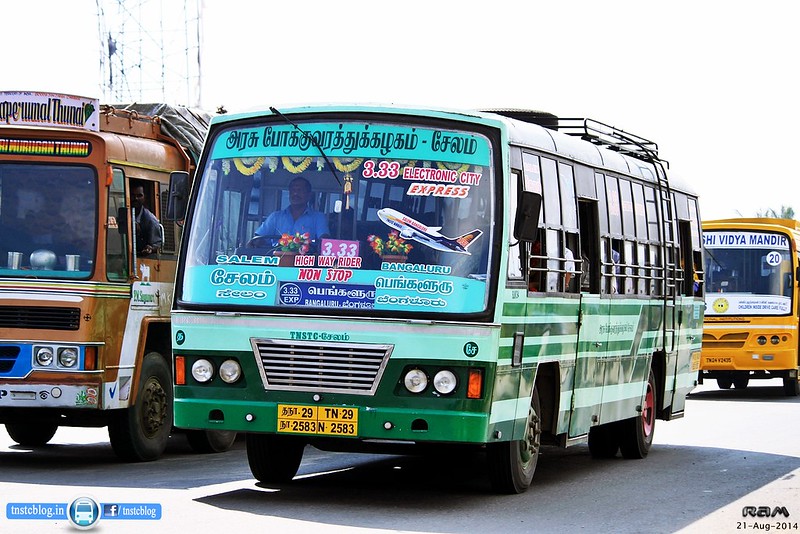 1 Ltr Amma water bottle is available for sale on board. Passengers based out of Hosur and Kirshanagiri can also make use of this service provided they try to board the bus in the stops on the NH itself . These buses doesn’t enter any intermediate bus stands.

Timings from both Salem and Bangalore can be found HERE