Vestibules with TNSTC-Salem:
TN58 N 1147 of Dharmapuri region/Hosur Nagar depot: This is the one of 2 vestible buses of entire TNSTC – Salem and the last one to be transferred to Hosur Town Depot . The transfer happened on the second week of SEP – 2014 . First it was tried on route 18 Hosur – Denkanikottai – Attibele but now only doing Hosur – Attibele . Before transfer this bus was serving #76 Salem – Tharamangalam. 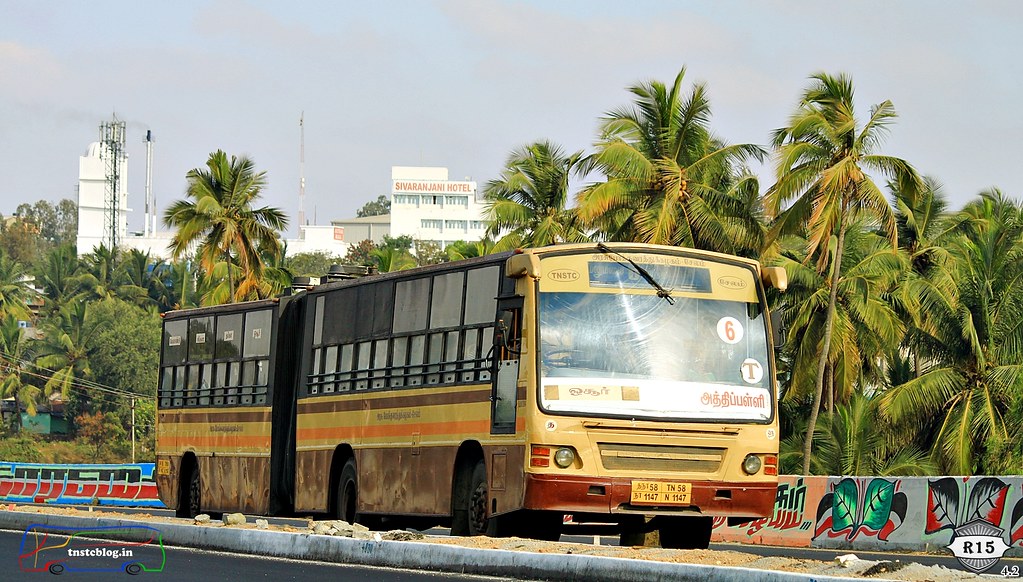 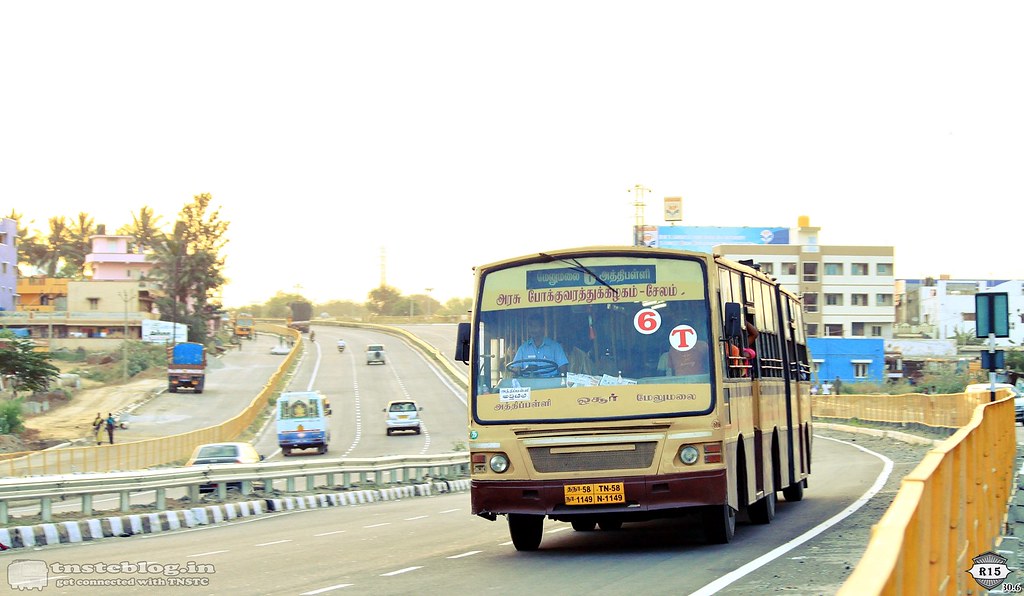 TN58 N 1159 of Nagar depot
When it was with original color and moved to 48AD route with one morning trip in his original route R.No 23E. This had full body advertisement for shorter time. 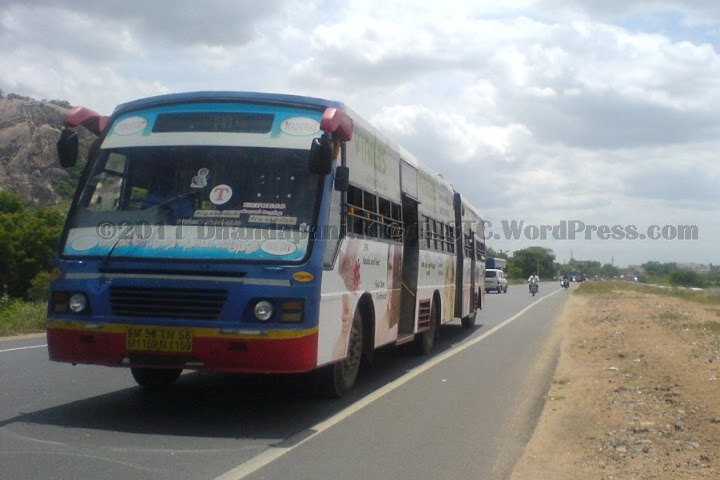 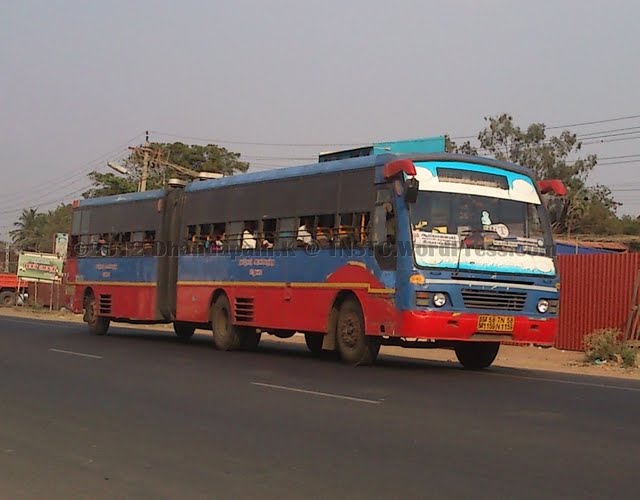 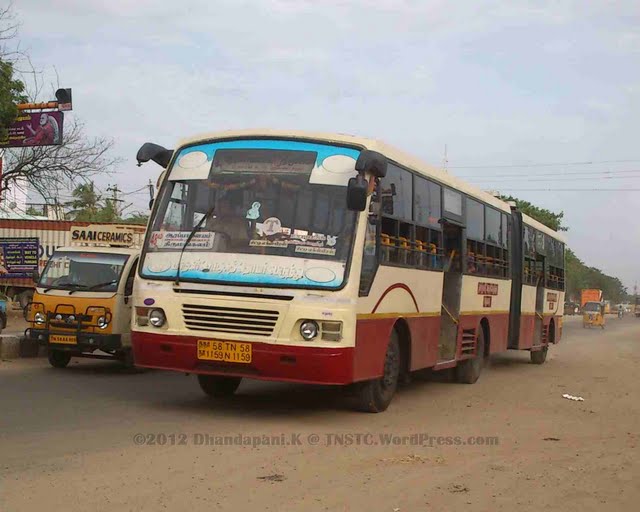 Moved to 48AD permanently and running in this route now. 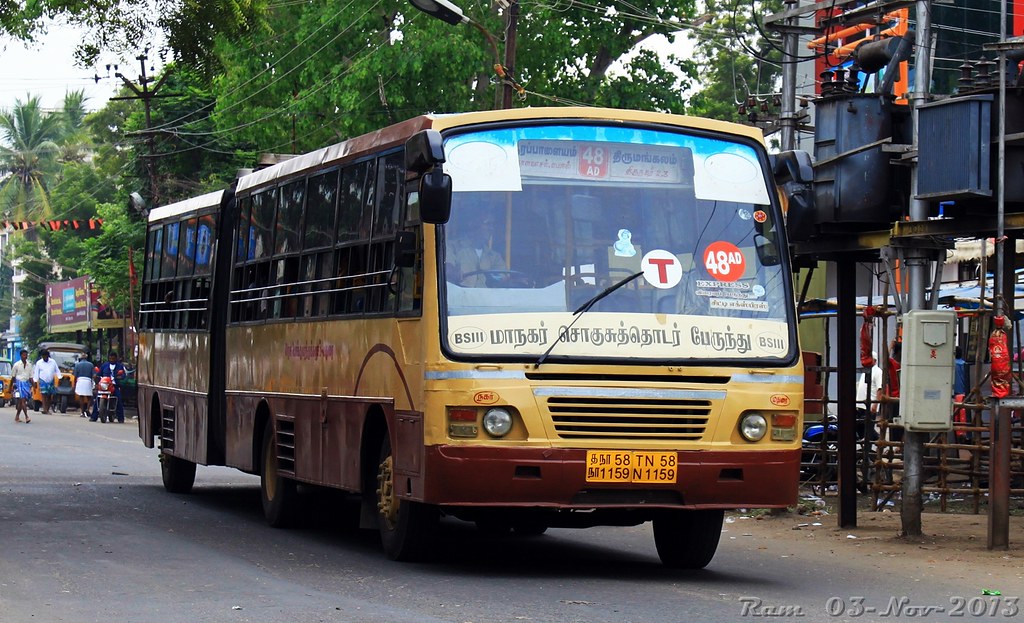 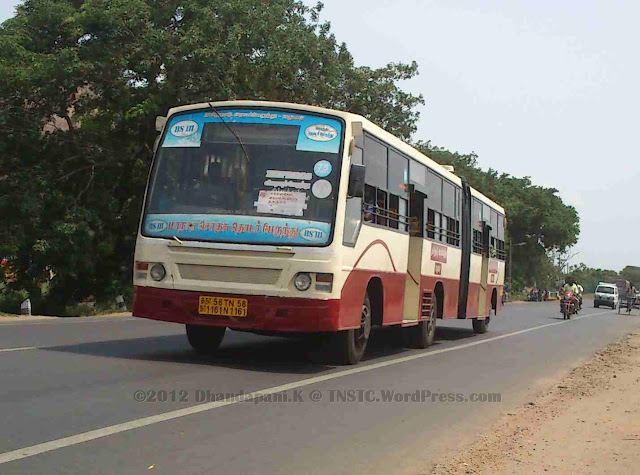 Towards its original route R.No 75 Periar to Melur. 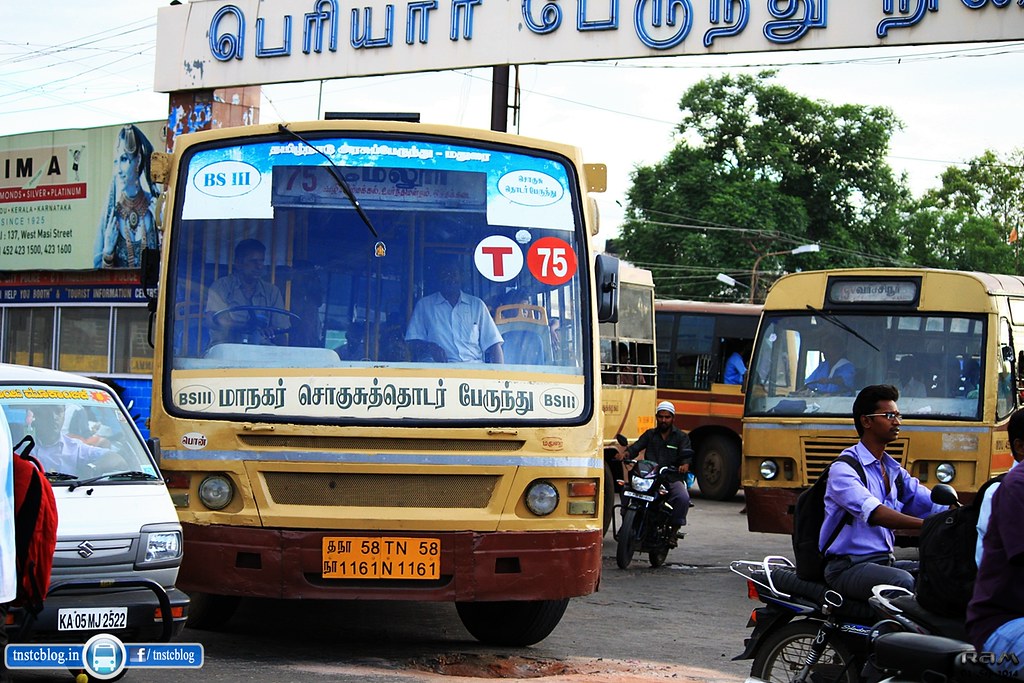 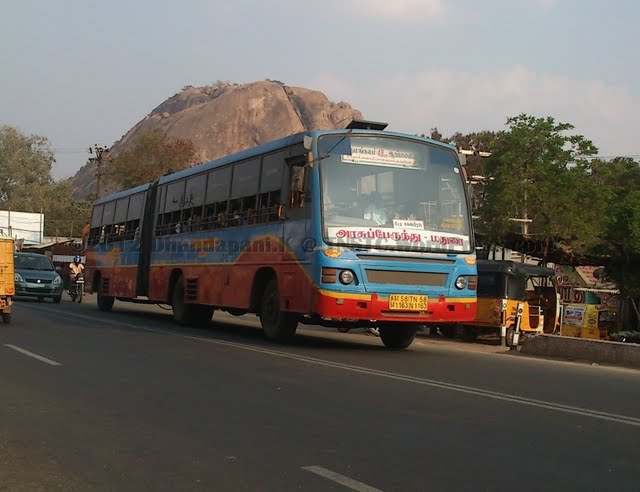 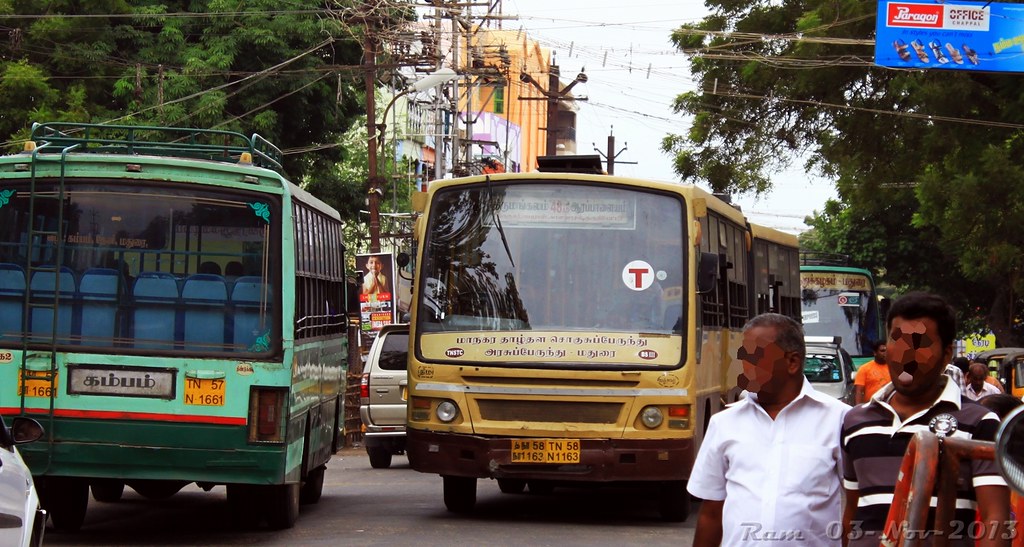