On Jun 18 th, we the bloggers at TNSTCBLOG turned into reporters..

A small note in one of the prominent forum for Tamil Nadu buses hinted on a possible inauguration ceremony of new buses and depots for TNSTC. We were totally taken by surprise as there weren’t any prior information in media and it happened all of sudden.From that moment we jumped into action wasting no time . It was like a festival for us after long time………..

Soon command center was setup at pearl city and information was passed to all the members to cover the new buses from their respective areas. We turned ourselves to be an news channel reporters from our routine business and started capturing every new buses that we came across and started sending them to the command center. Things were very well coordinated and executed even better. At the end of the day we had a handful of exclusive inaugural pictures and information from the corners of Tamilnadu for our beloved followers.

We tried our best to get the maximum coverage on the day one itself and will continue in future now we are awaiting for your valuable feedback on the same.

TNSTC Inaugural Collage Thanks to the entire team. As we didn’t expect this mega coverage and cannot post each and every photos here so we have given the link of our Exclusive Inaugural Album TNSTC Fans enjoy the show….

TNSTC Exclusive Inaugural June 2015 Album Click on this link to see it. 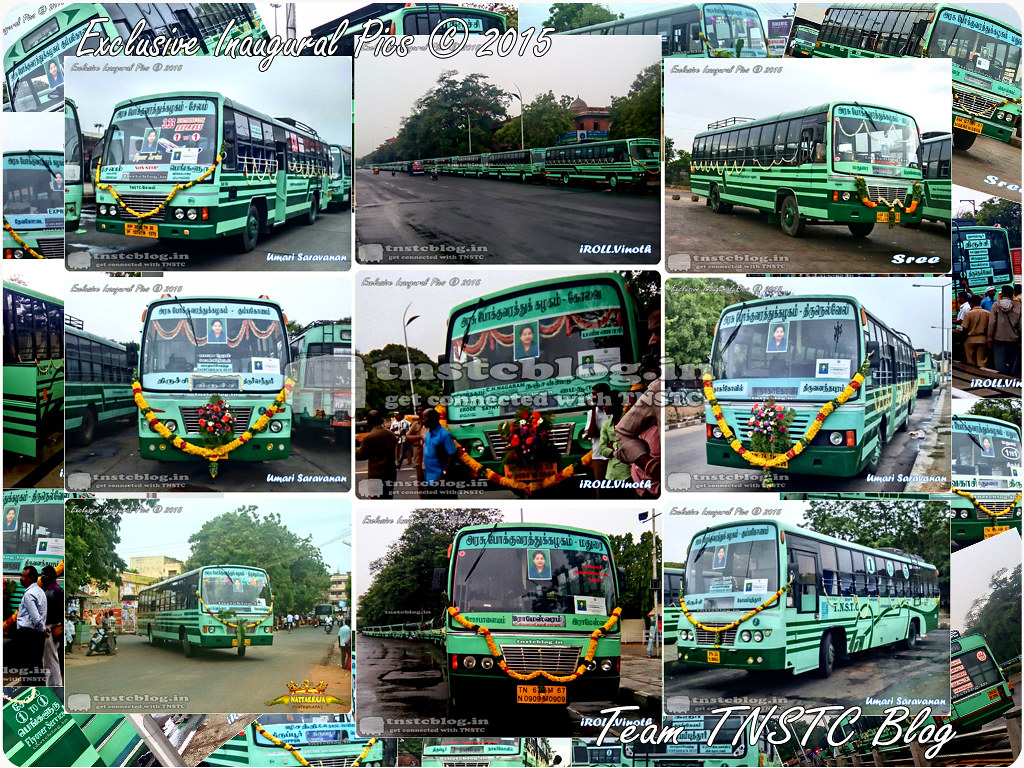 2 thoughts on “On Jun 18 th, we the bloggers at TNSTCBLOG turned into reporters..”