TDZ 5847 Rockstar of TNSTC Madurai. when we were doing bus fan in NH 208 Thirumangalam – Kollam road, we spotted this workshop truck in T.Kallupatti Depot, after a run of nearly a km we returned back to the depot and spoke with changing crews who were waiting at the entrance., After some good convo of 20 minutes with them and got permission from depot officials and clicked this giant beauty which was idle in the depot from the entrance., we were not permitted to enter the depot. Spoke with a senior driver who got retired and gathered the details of this Truck.

It is an Ashok Leyland Comet Series truck, registered in 1972 – 74 period. TDZ registration came after MDU in Madurai, Earlier it was with Ellis Nagar and Madurai City Depot got transferred to this depot some years back. The speciality of this truck is all TNSTC workshop Trucks are ex buses converted to Truck for this special purpose but it was bought as Full built Truck. very rare one among TNSTC Trucks. When Transport sector is Nationalized in Tamil Nadu. TNSTC buses were given the registration pattern as MSN, TMN, TML, TCB and after 89 TN-xxN-xxxx registerd under the respective HO offices. This truck was registered in a Non number TDZ as MSR ones in North TN.

Anyhow the speciality of the veteran is still he is performing as young chap in road, so wanted to click him on road, after a wait of nearly one year got a chance to click him this week with bad lightings after 6 P.M., 40 + years have gone there is not even a single damage to the driver cabin still look fresh. He was easily doing 70 + this click was after an overtake. Nice to see him on roads competing with its youngers easily. 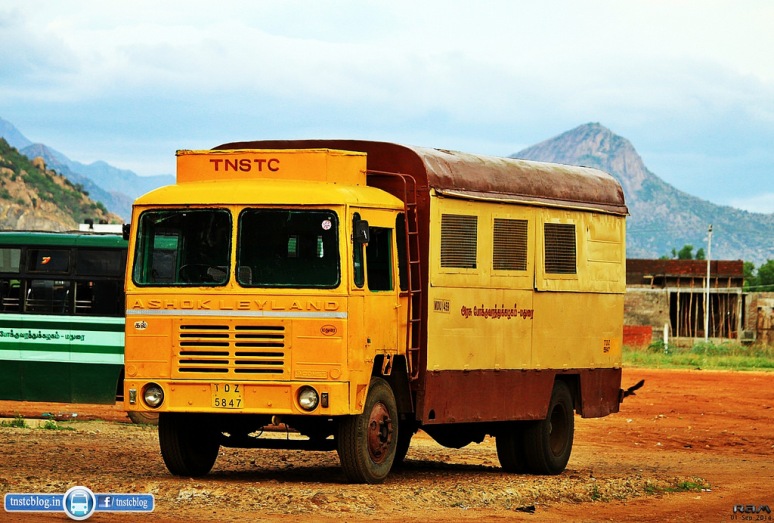 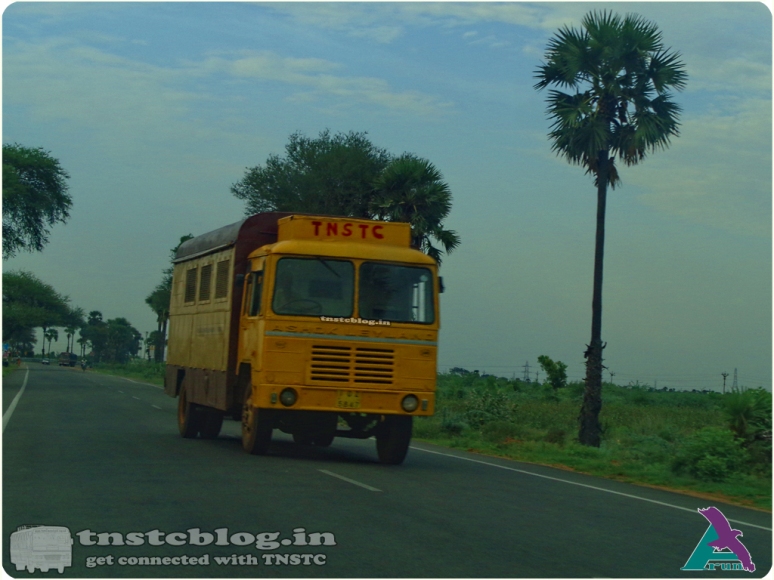