The day was 7th Feb 2014. It was just another weekday with routine stuff and i was on the way to my work amid the most boring of all TNSTC divisions at that point ” The TNSTC-SALEM ” . Back in my mind it was a daily pain to watch these guys crawling on the NH and thinking about the 5 hours consumed by them to hit the outskirts of Bangalore from Salem. Simply it was horrible, pathetic, unacceptable and what not with a world class infrastructure connecting these two cities and ………wait a minute……..Oh my goodness an jet overtook my car with aggression. It was a hard chase for next 6 kilometers and finally managed to get the first picture of it. 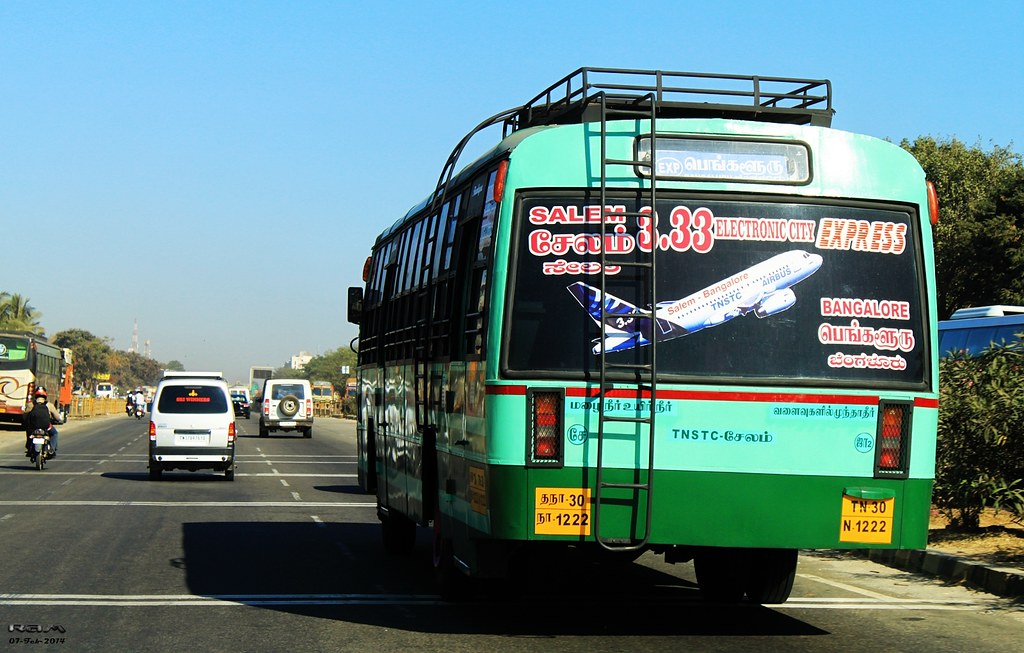 Our first spotting of the jet

This is how we got introduced to the mighty 3.33 Electronic city express on a pleasant February morning.The attitude was clearly differently set and was filled with lot fire. So chased him down further till Electronic city to get the front view of the bus . Finally it was a very happy and proud moment to see TNSTC – Salem waking up to the peoples demand. 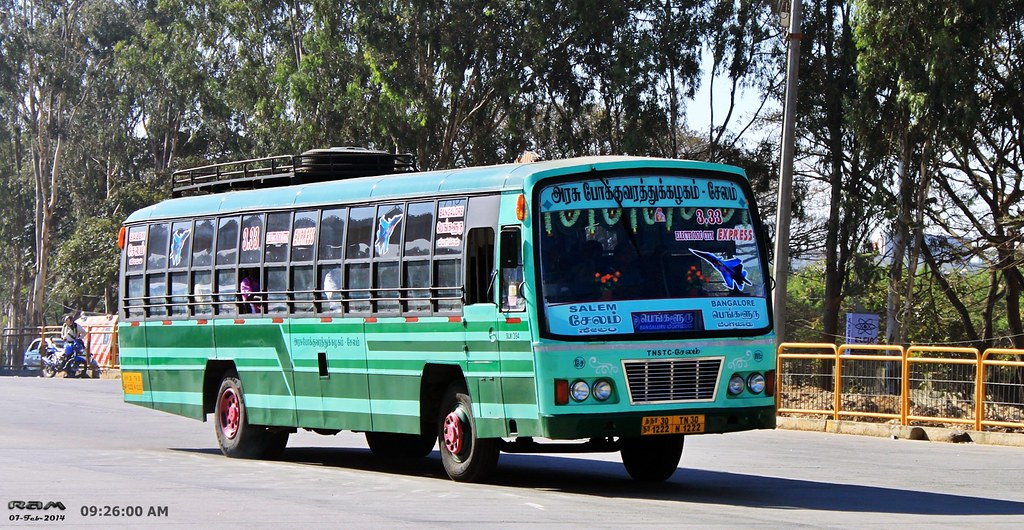 After an year and half old,today the 3.33 E.City express (We fondly call them ECX ) is a huge successful brand and trend setter for other active express services across other divisions of TNSTC. It all started with 2 buses TN 30 N 1222 & and   TN 29 N 2545 with some extra graphics to distinguish them among others .The branding itself is quite unique and self explanatory .This service committed to cover the distance of 180 odd Kms between Salem and Electronic city in 3 hours 33 minutes (thus implying the 3.33 name )and further taking the BETL elevated express way till Bommanahalli. We were impressed with this commitment as the management tried to deliver the best on what the seems to be under their control.It was a more of a practical decision focusing till E.city and not dragging further within the city limits . One can’t predict the time taken to commute from Point “A” and Point “B” in the  Bangalore city’s mad traffic. But we have observed that generally these guys take 45 mins to 1 hour to cover E.city and Satellite bus stand located at the Mysore road where it’s service terminates.

On the other side these buses were introduced to run non-stop within Tamilnadu skipping Hosur,Krishnagiri and Dharmapuri . But as the months passed by gradually Hosur and Krishnagiri bound passengers are entertained considering the proximity of their bus stands to the NH. 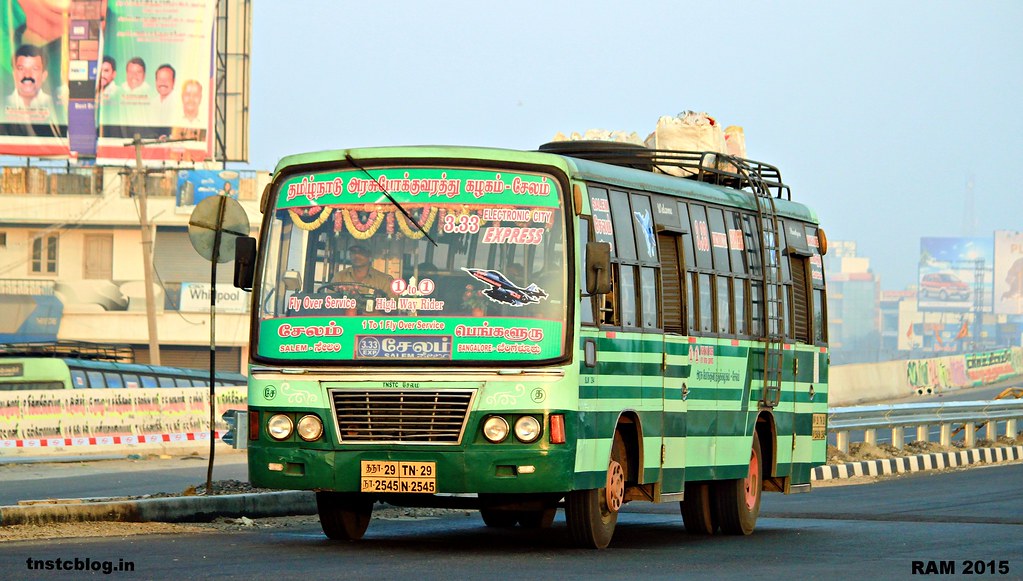 It was an instant hit among public and so that the numbers of buses and services were kept on increased over the period . New buses were deployed replacing the old ones regularly to we believe these buses are getting special treatment in terms of maintenance too. This has resulted in just one minor incident all these years and thus proven to be a safe one to travel. If sources to be believed the private buses lobby were trying to discriminate this service and it has eaten their share on this sector. Recently digital LED boards are being fixed and other enhancements such as wheel caps , LED works are also been done to enhance the appearance. 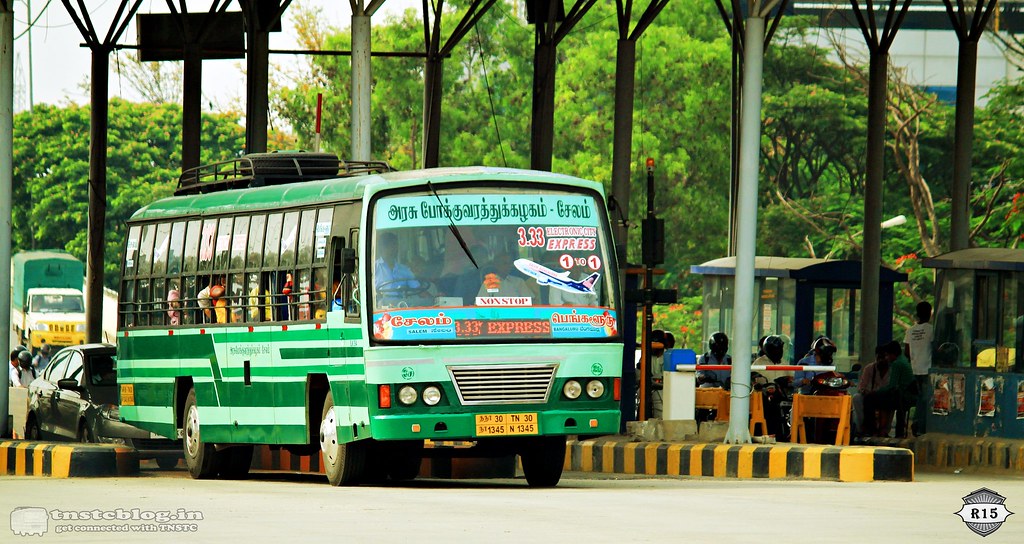 Getting more attention day by day 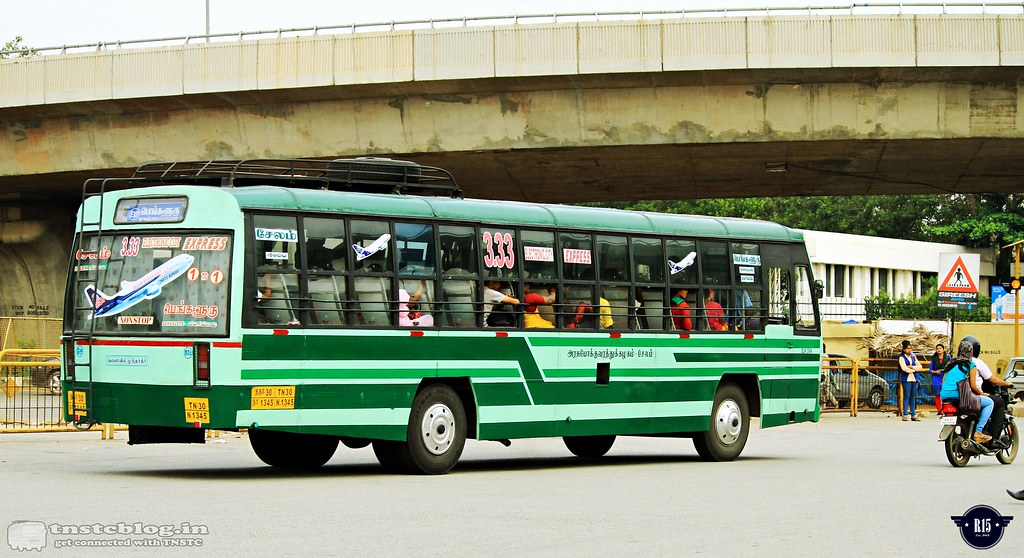 Now with adequate services round the clock we request the management to upgrade few of these services into Super deluxe/ Ultra Deluxe category.They can also think of replacing their rundown UD buses with these ones with 2 X 2 seating layout. Commuters in this sector  won’t mind spending few extra bucks for additional comfort and definitely it’s going to be a nightmare for other operators.

Below is the updated timing chart from both the ends as of MAY 2015 . We thank Yuvaraj.M for providing the timings