TNSTC – Salem’s Region – II ( Dharmapuri ) has now introduced an super fast service between Bengaluru and Karur with a stoppage at Salem . The present MD of TNSTC – Salem  Mr. Soundararajan who is now  known for his successful initiatives has just added another cheetah in the elite 3.33 ECX  coalition .( a.k.a 3.33 Electronic city express )

We came across TN 29 N 2560 ,an year old bus previously working on Tiruvannamali – Bengaluru honoring this new route . This bus runs as 3.33 ECX between Bengaluru and Salem and  as  Bye pass rider with a stop at Namakkal en route to Karur.

This bus leaves from it’s base ( Hosur ) around 9:30 AM to Bengaluru and takes E.city Flyover to reach Mysore road Satellite terminal .

Let’s wait and watch on the performance in the coming days.. With this introduction of new 3.33 ECX the scheduled trips of ECX have moved from 24 to 32. in a single way the service count increased from 12 to 16. 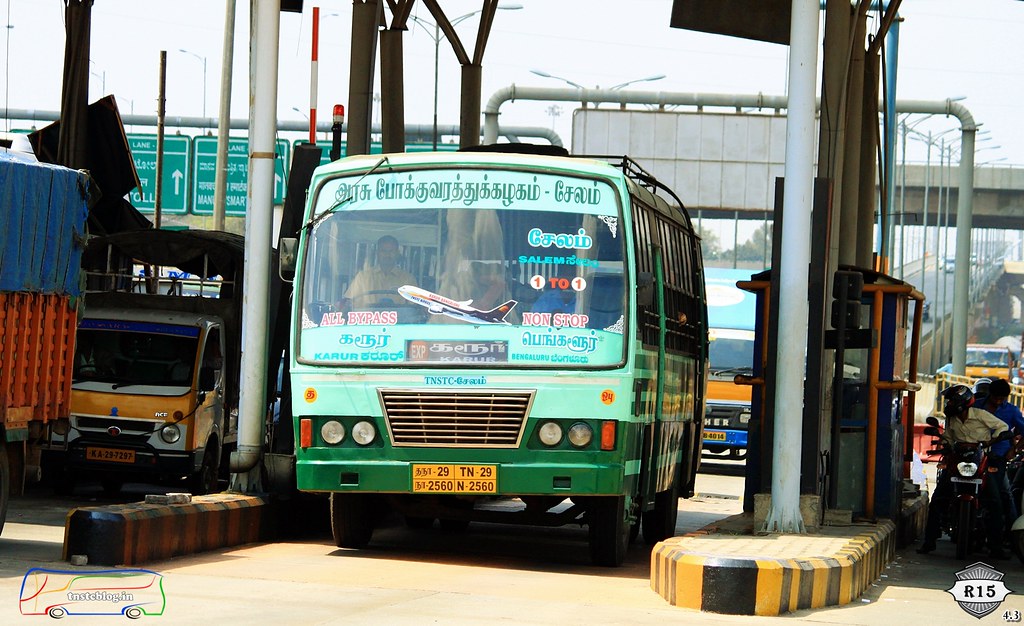 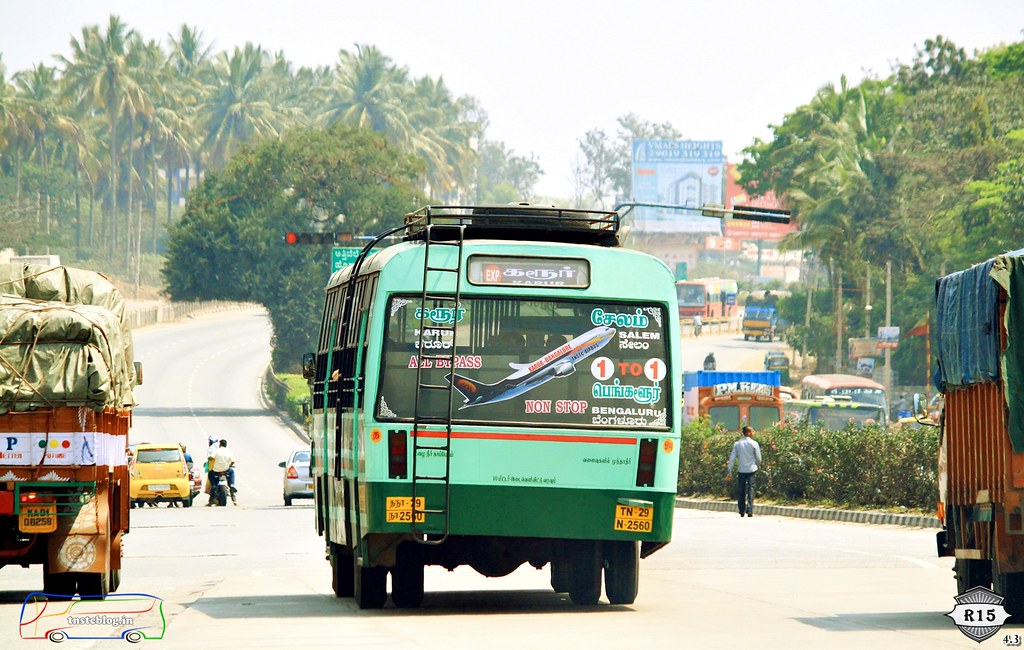