A Super Journey from Aruppukottai.

After a wonderfull meet with Sree in Aruppukottai had a journey in TN-58N-1904 of Puranagar Depot to home on first left TN-58N-1956 which was fully crowd usually if a local crossed Aruppukottai the next bus come to APK in 30 – 45 minutes to our surprise 1904(ex BPR) came with in ten minutes, after entering Pandalkudi it catched up 1956 at Melakaranthai canteen to my surprise TN-58N-2053 TML Tiruppur – Nagercoil BPR was standing there the pax who were from Madurai were surprised to see BPR in the canteen, and praised 1904 driver for his speed, 2053 left 20 minutes before this local at MIBT., after entering all towns in between he catched BPR.

Resumed the journey 1956, 2053 BPR left 5 minutes before us catched the 1956 and BPR with full speed after Muthalapuram and overtook them very easily, while dropping pax at sinthalakarai temple BPR passed us and in another 2-3 minutes he was overtaken again. while entering Ettayapuram he passed behind us in Bypass, wasted 5 minutes in Ettayapuram due to a block in the exit by a Vilathikulam Private.

The best part of the journey comes here after, on touching four lane he started to rip again dropped pax at every stopping after Kurukusalai overtook two privates in this stretch which are doing Kovilpatti – Thoothukudi service, total running time was 1 hr 20 minutes from APK boarded at 06:25 P.M. and dropped at 07:55 P.M. at Thoothukudi New busstand this time is great for a local bus stopping everywhere, actual time taken by local buses in this stretch is 2 hrs flat. A surprise took the journey into full surprise 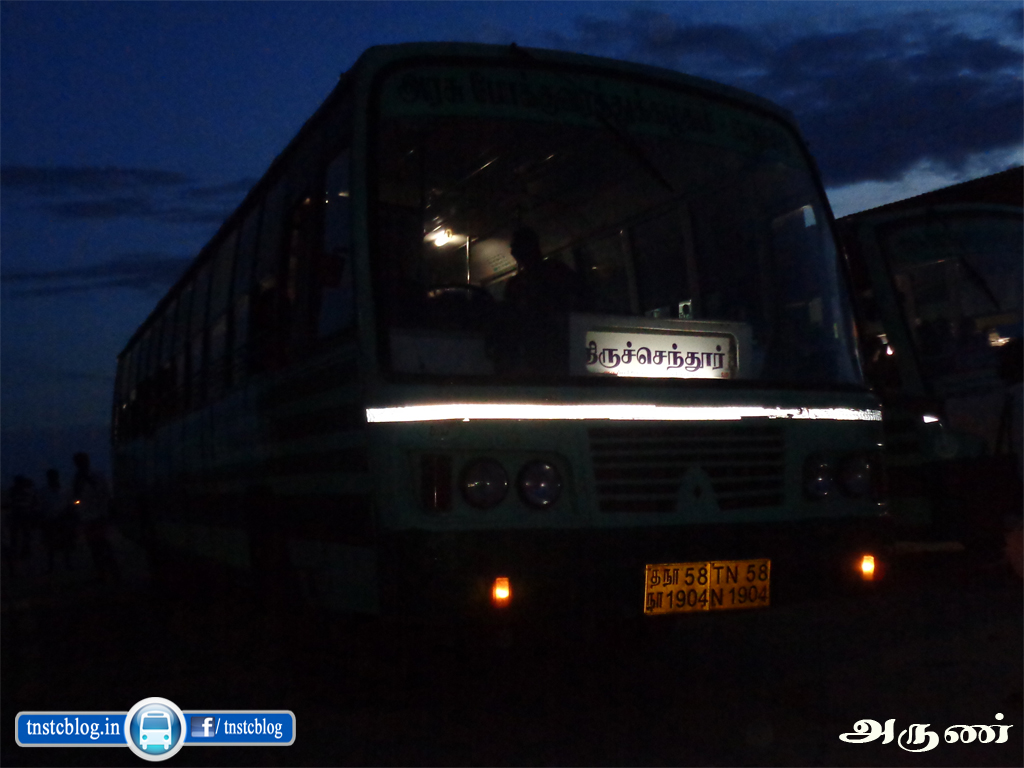