For the past 2 months, Pollachi and near by areas like Valparai, Topslip, Parambikulam received very good rains and few upstream dams are full and the downstream dams are having waters upto 80% of their storage capacity. Parambikulam dam is located right inside dense forest and travelling by bus will offer you a great view of that dam and lush greenish locaitons of two tiger reserves of TN and KL. It also includes some wild Safari ride in TNSTC in two Tiger sanctuaries. 🙂

Before few years, we had only one bus in Pollachi-Parambikulam stretch operated by Poy-2 depot of TNSTC-Coimbatore and later KSRTC’s Chitoor depot joined this with its bus from Palakkad(The dist HQ of Parambikulam). Though Parambikulam is in KL, you can reach it by road only via TN.

For past 2 or 3 years, i’m planning for a trip in the evening bus to Parambikulam and returning back in the same bus. This plan never took off due to various reasons. This time, i want to make it without much issues. Took the evening departure of TN43 N 0340 of Poy-2 depot to Parambikulam. The bus was totally free with few passengers on board and we occupied the second seat from the front left so that we can get a clear view of road and also any animals(if spotted). There was a huge traffic in Sethumadai-Topslip stretch due to long weekend.

The road was too narrow and many private car drivers were feeling tough to drive in that stretch. Our driver did well with the machine and we reached Topslip by 4:40 PM. Close to 50 people boarded the bus to Parambikulam. Driver was commenting to the conductor that “Enna nalla Vyabarama”.. 🙂 In the morning trip they had close to 100 people and IMO that was really a huge turnout in this stretch. Reason for this is, not all private vehicles are allowed to go inside Parambikulam because of the restriction they have. So travellers use this evening trip for a safari ride.

In Topslip, TN forest dept has increased some amenities for tourists in Topslip. It now has proper parking areas along with Dist.PHC etc.,. Elephant ride was moved from an area in Parambikulam road(1 KM dist from TopSlip) to TopSlip main area itself. Not sure whether we get the same experience there as the older ride.

We reached Parambikulam by 5:40 PM. We saw some Sambar deer, Gaurs etc., When so many people boarded the bus in TopSlip, i thought the same crowd will be coming back in our bus. My guess is correct and none of them got down from the bus when we reached Parambikulam. After enjoying cool breeze, animal spottings, Parambikulam dam, Valley view and above all, good fresh air, we returned back by 7:40 PM.

Some pics now..
TN43 N 0340 of Pollachi-2 depot waiting in Parambikulam for its evening departure to Pollachi. 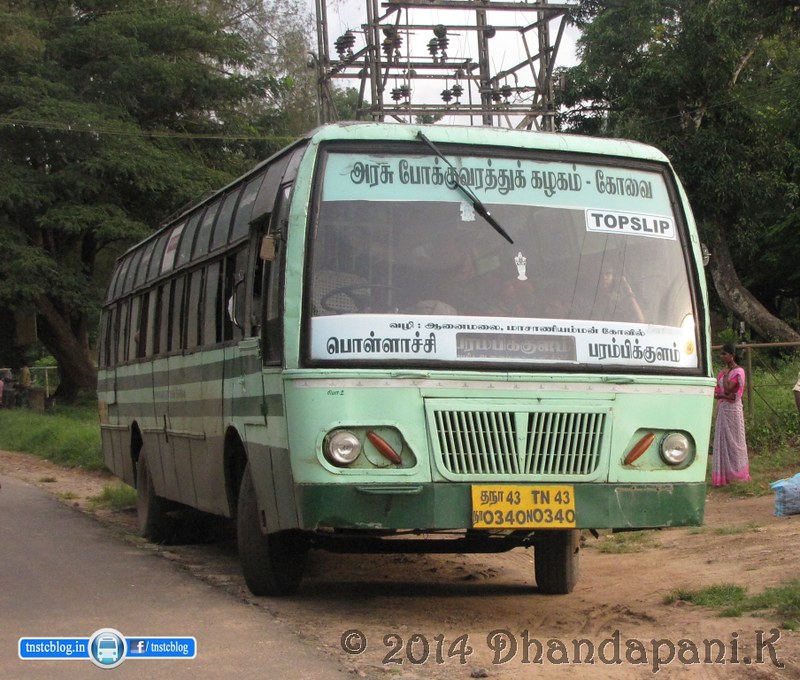 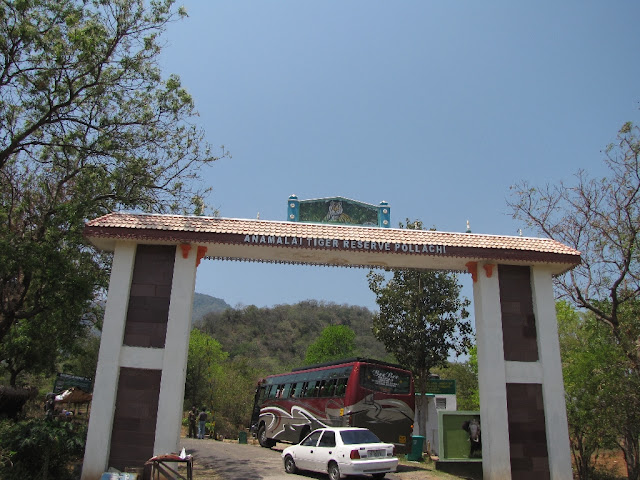 A symbol of Interstate Co-Operation.. PAP project inaugurated by the then PM of India Jawaharlal Nehru.. 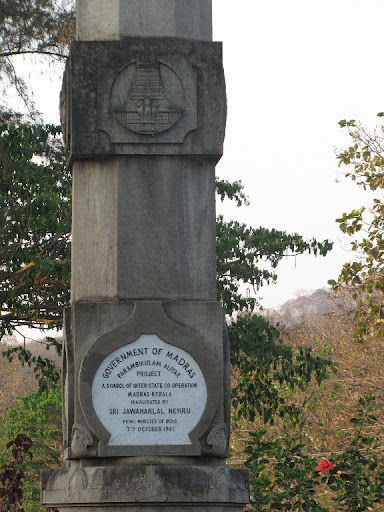 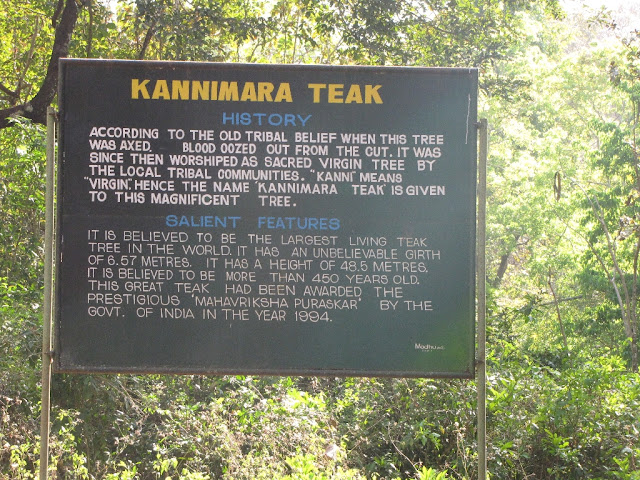 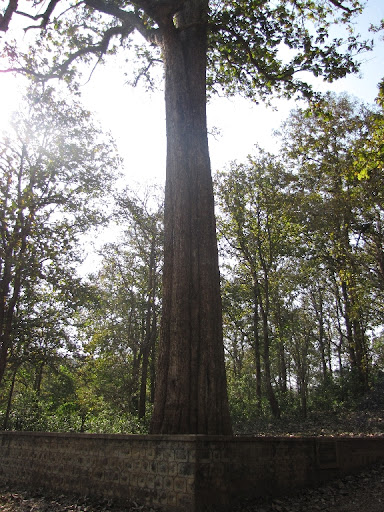 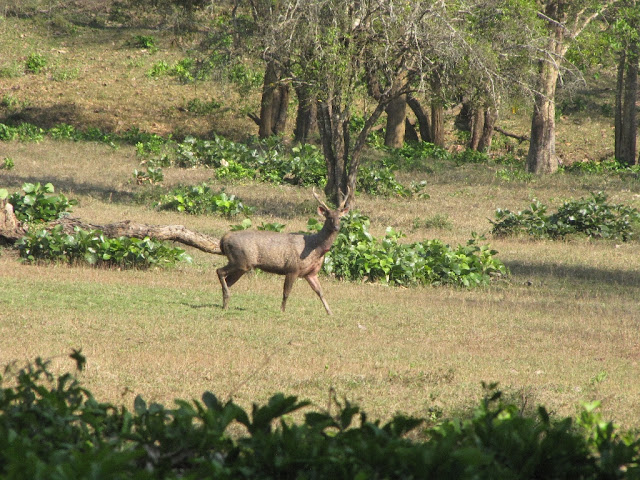 One of the few tunnel entries of PWD, TN and these are part of PAP project. 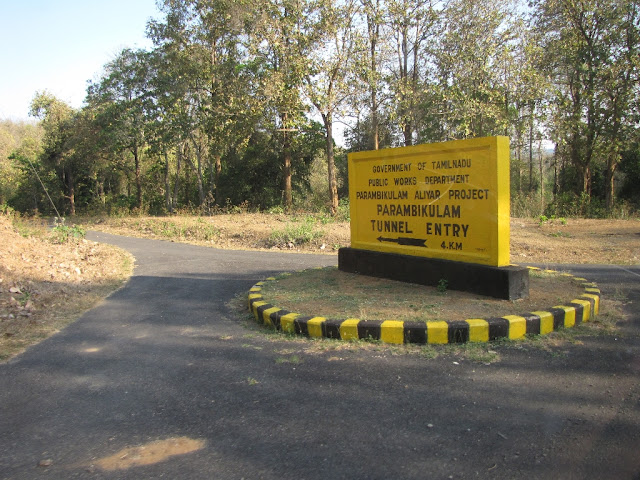 BTW, thanks for reading the long story.. 🙂

One thought on “Trip report of Pollachi-Parambikulam-Pollachi route”