Just went to Mattuthavani to check the new buses that were added recently in Nellai, Madurai and Kumbakonam divisions. But noticed a SETC UD bus which looked so neat. I thought some UD went for a FC. Still i want to go near the bus and look at that paint job. I didnt knew that some surprise is waiting there.. 😉 When i went near that bus, to my surprise,It was a brand new SETC ultra deluxe bus attached to my favorite depot, sencottah. Compared to other depots of SETC, Sencottah and South TN bound depots maintains well. 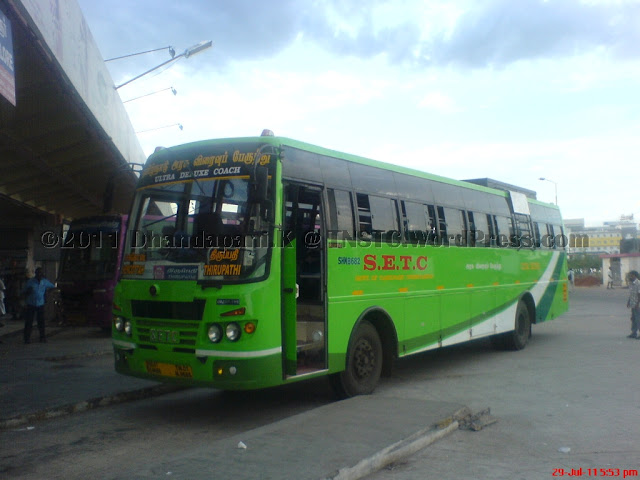 The seat was still there with polythene covers. It was built by Irizar TVS and the badge was still there in the bonnet. The bonnect was new ALs bonnet which the TNSTC got it recently. Its reg no is TN01 N 9686, Depot code is SHNB682 and it is just moving out of MIBT to Thirupathi. People who boarded the bus was really lucky. It could be from the new 100 chasis which SETC got, not sure about this. Hope SETC maintains it well.

Rear and side profile of the bus.. 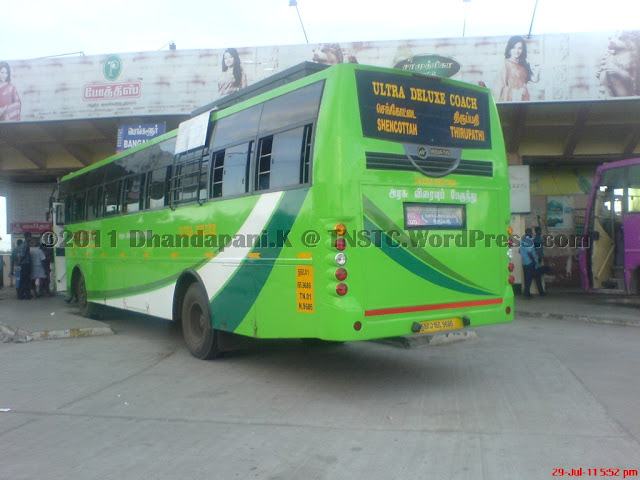 SETC got the new ultra deluxe buses before 3 years. In 2010 it added few Luxury coach(different name for Super Deluxe) buses which was built by SETC workshops present in Nagercoil and Villupuram.

Lets hope the present govt allots some brand new hi-tech buses to SETC. Tenders are already put up by the current govt for Eticketing and Payment gateway related.

Some more pics of the same bus.. 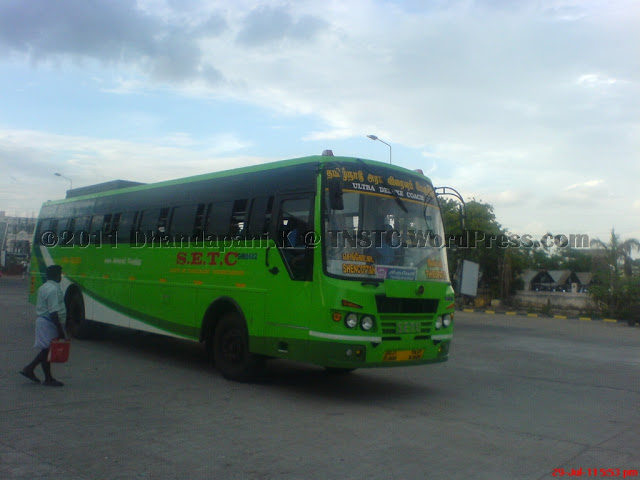 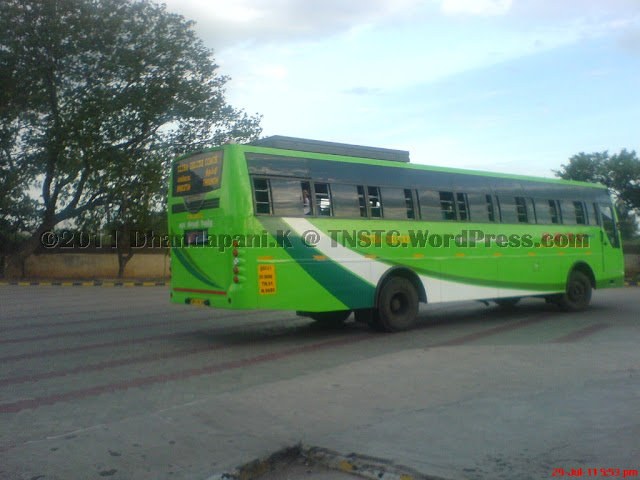