One of my favorite designs from TNSTC-Madurai. These guys ruled madurai city bus services as real “City Express” before 4 yrs. 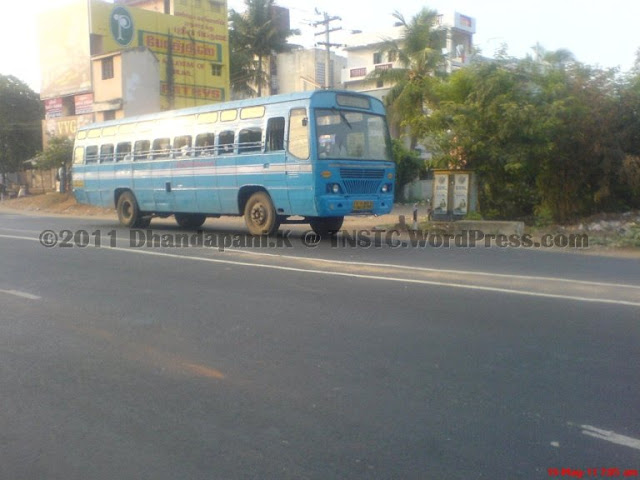 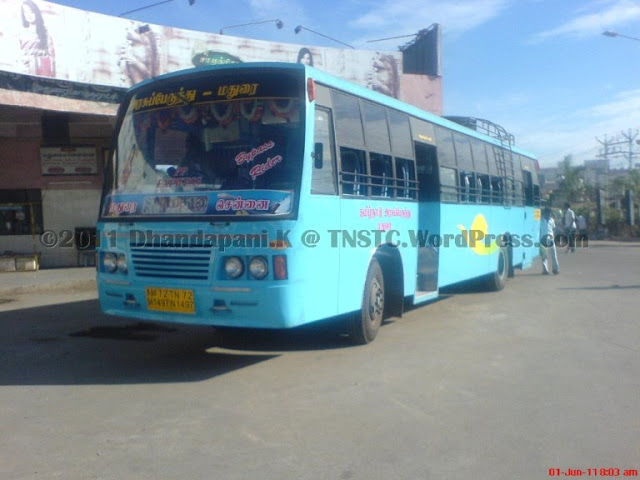 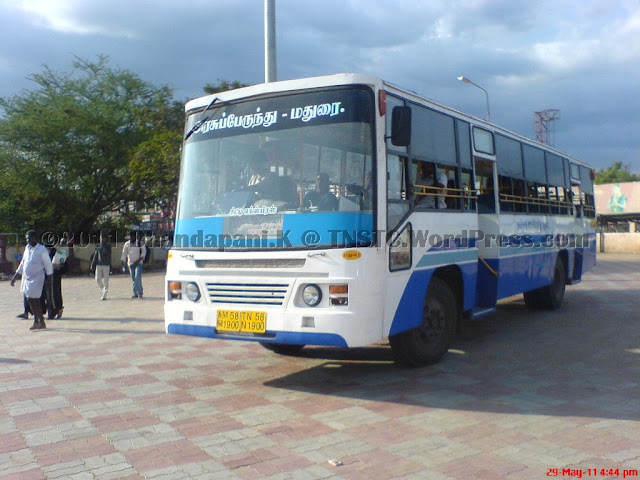 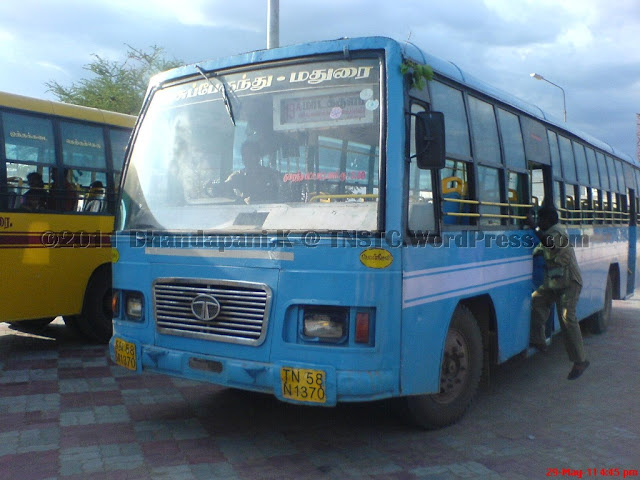 TN58 N 1023 of Thirumangalam depot running in Periar-Kandai route. Earlier it was running in CBE-MDU via Pollachi. 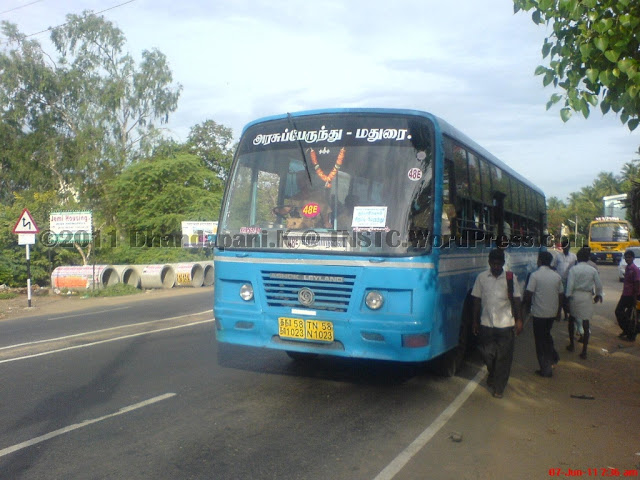 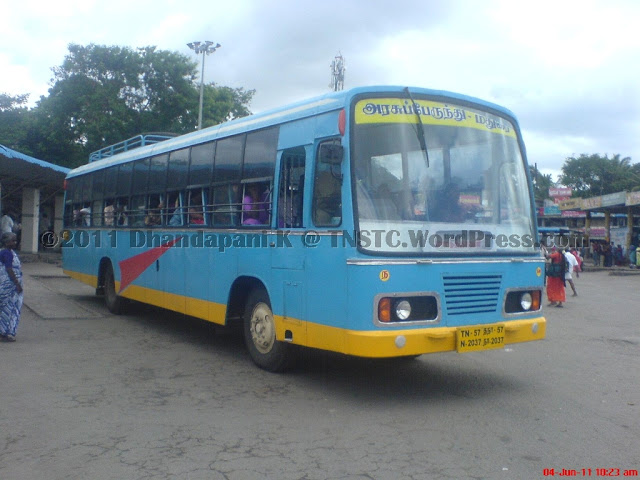 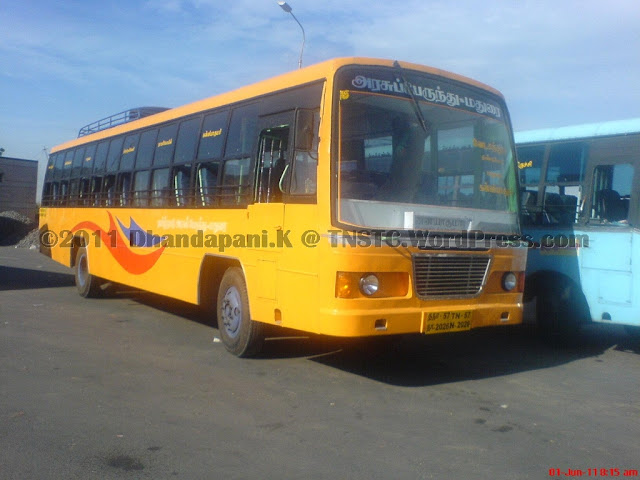 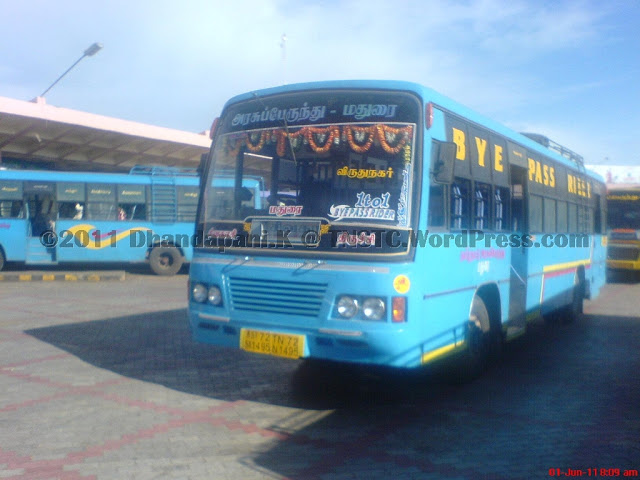 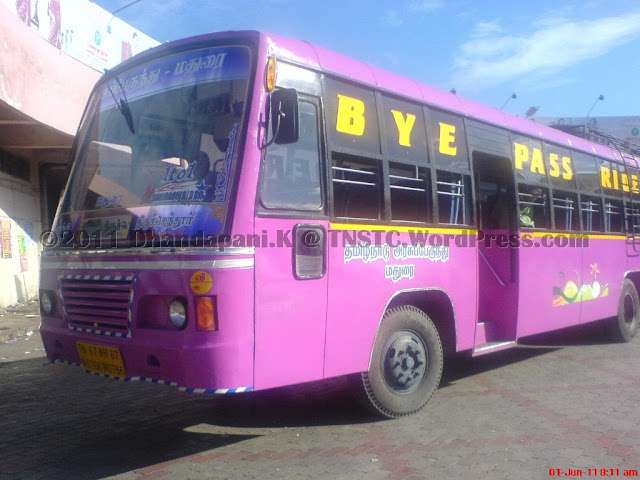 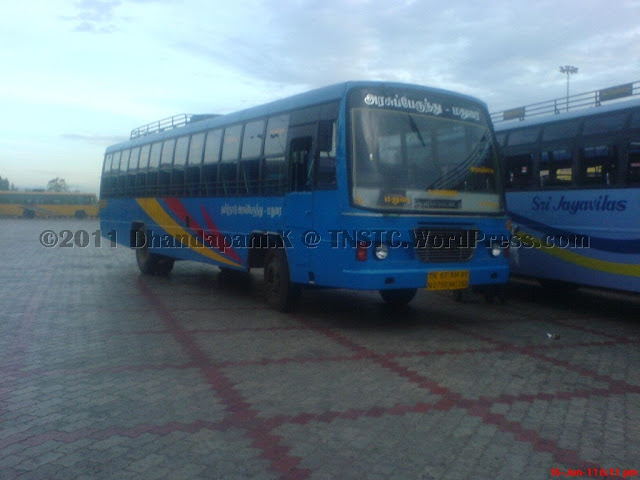 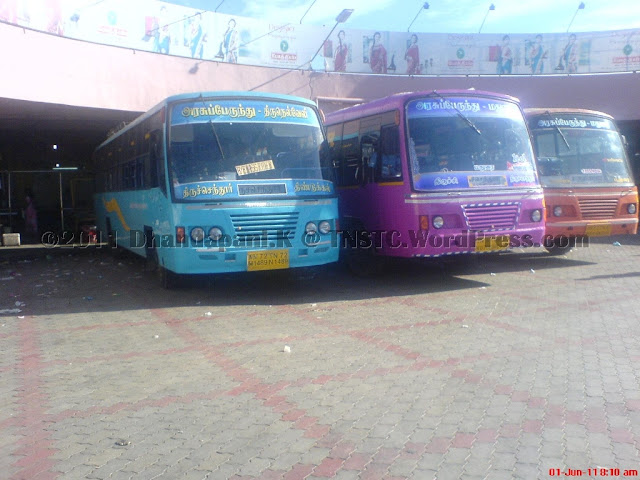 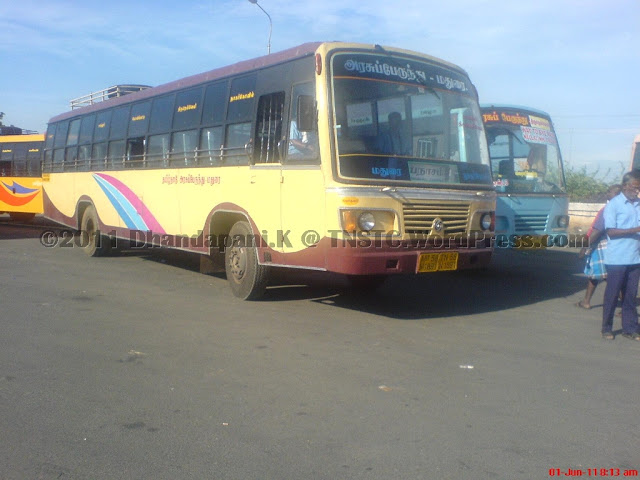 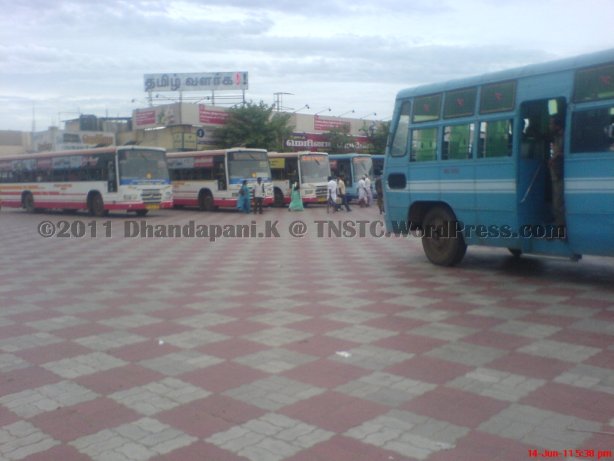 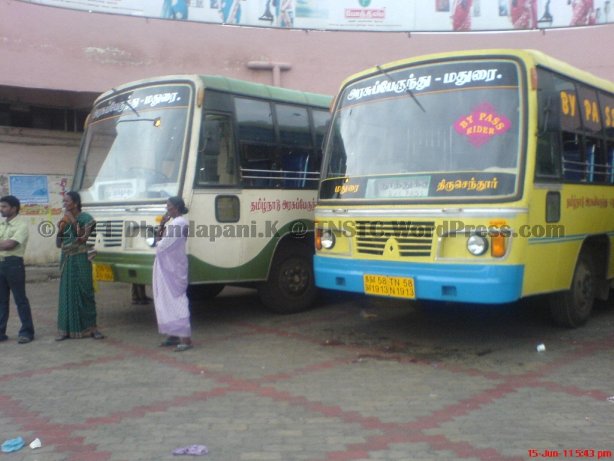 TN58 N 1878 running in Madurai-Kumbakonam route. This is the only bus which goes via Trichy to reach Tanjore and Kumbakonam. All others take Pudhukottai route 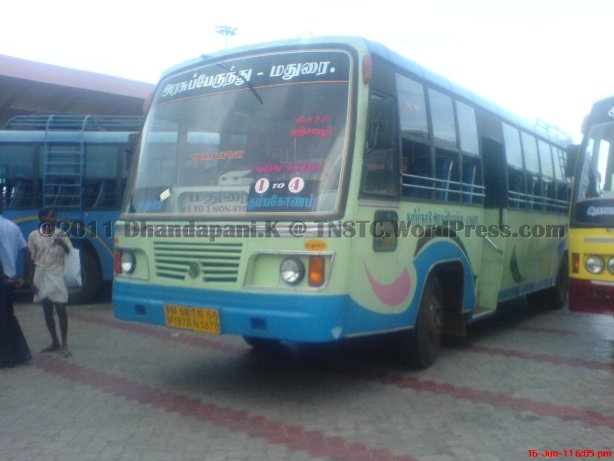 Nothing is correct in this particular bus. SLF?? he he he.. Wrong spelling for Kariapatti and Thiruparankundram.. 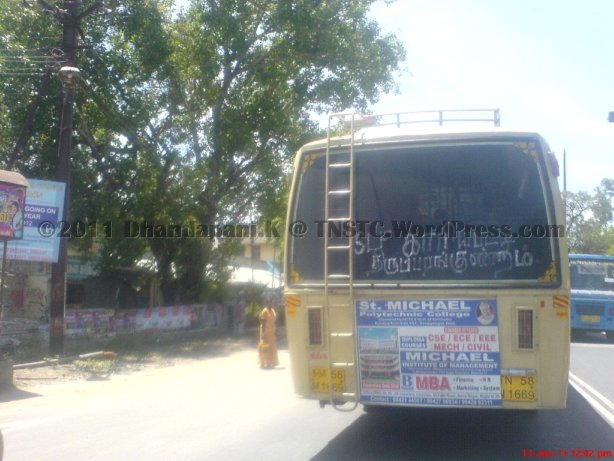